“All right. We’re saving the world, after all. Take him.” 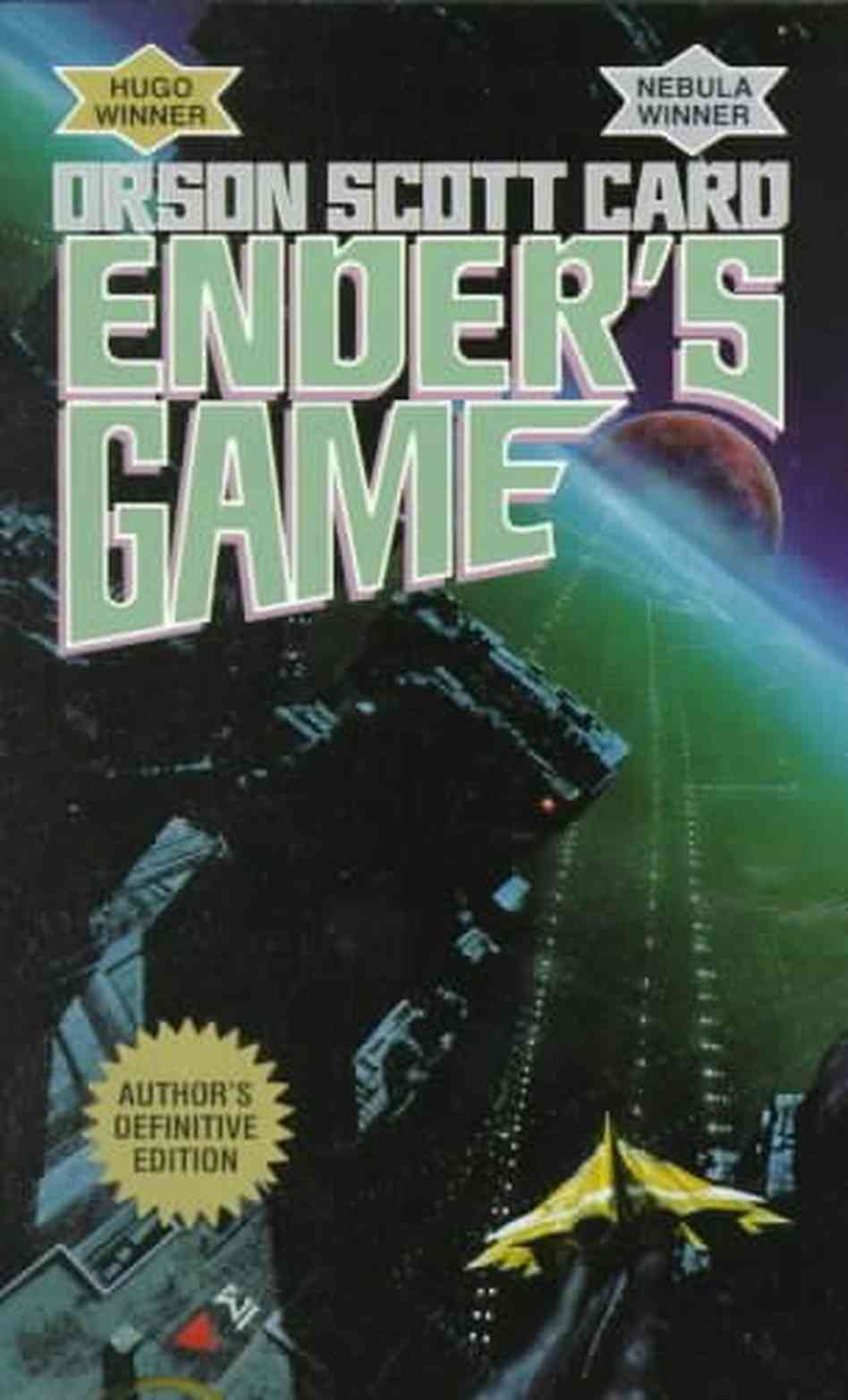 Though I’ve tried my best not to, this review may spoil some things. Reader be warned!

Like the middle bear of Goldilocks fame, Ender is a culmination of the “just right.” He’s the youngest of three genetically engineered Wiggin children. The oldest, Peter Wiggin, is cold-blooded but lacks control. Valentine, the middle child and only girl, is calculating but lacks callousness. Ender is the one the human race has been waiting for. The one who will lead them to victory in the third and final battle against the hostile alien “Buggers.”

So they hope. First, he must be vetted and trained.

We follow him from schoolyard to space station as he engages in a series of military games against A.I. and other gifted children. Friends and enemies all do their part to complete Ender, shaping him into a person that must rely on his own wits and intellect in order to survive.

I really think this book deserves its praise. The writing is engaging and I felt an enormous amount of sympathy toward Ender. I know there are follow-up books set in the same universe, but because I feel this one stands so strongly on its own, I’m unsure whether or not I’ll read them.

While perusing reviews, I’ve come across some common criticisms that I’d like to address:

This line of thought holds some truth. After the first few chapters, I never really expected him to come up short against any of the obstacles tossed his way. Sure, he feels that he’s failed at some points, believing he’s becoming the brother he despises.

But I never felt bored with him. In my opinion, the lack of try-fail cycles isn’t critical because the climax is a spectacular failure, one which he hopes to make up for at the end.

Based on his level of intelligence, a lot of people have a hard time believing Ender is so young. I felt the same through most of the book. But afterward, I reflected on the futuristic setting coupled with genetic engineering, and decided there was enough plausibility for me to buy into it.

I also think we have a tendency to forget just how intelligent we all were at his age. We may not have been able to express ourselves due to lack of life experience, but I can recall having “complex” thoughts that might seem unusual for a six-year-old.

I must say, I’ve been enjoying my last couple of “science fiction classic” reads. I’ll be taking a break to read some non-fiction for NaNoWriMo inspiration, but I look forward to the next one.

If you haven’t sat down with Ender’s Game, I’d say grab a copy.