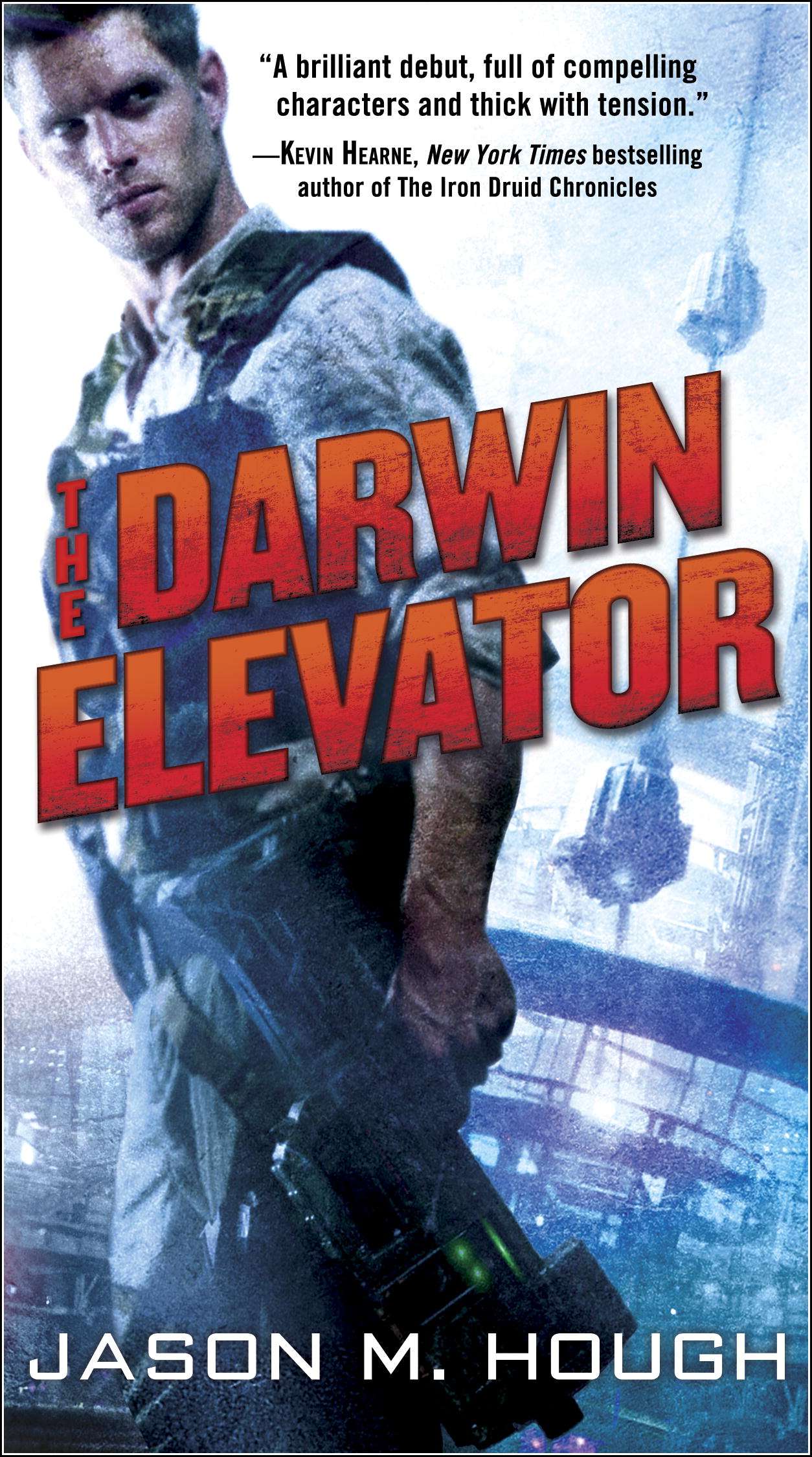 Do you like penguins in space? Cows that speak Spanish?

Then don’t buy this book, because it has nothing to do with those things. On second thought, buy it anyway and write your own story about the aforementioned items. I promise to buy a copy and post a review.

The Darwin Elevator is the first in a trilogy of books already written (The Dire Earth Cycle). The second one comes out this month followed by the third next month. I love that I won’t have to wait a George R. R. Martin-esque amount of time to finish the series. Not that I begrudge Mr. Martin his own timetable, as if I’m one to talk.

Back to the book…

The setting is Earth, 2283. The planet has long since succumbed to a mysterious plague thought to be an unwelcome gift from even more mysterious aliens, leaving those affected out of their gourds and with a penchant for violence. Oh, and those same aliens happened to plant a mysterious space elevator right on the northern edge of Australia in the quaint town of Darwin. Seemingly by design, the elevator generates an aura that shields the residents from the surrounding plague.

So, you should ask, what sort of unique and interesting traits could a person possess in this type of world?

Glad you asked!  Skyler Luiken, our reluctant hero, finds himself among the lucky few, the immunes who can exit Darwin’s biological prison at will without being infected. Luiken and his squad of fellow immunes make their living scavenging from the abandoned world and selling their booty to needy residents, both those in Darwin as well as those living within habitable rings attached to the elevator.

Interesting! So the elevator has created a split society of space dwellers and earth dwellers?

Yes, but what makes things really interesting is that they’re mutually dependent upon each other. The space folks have farms that provide food while the land lubbers have precious air and water.

Just as in our world, there are people with their own agendas and when the Darwin aura suddenly appears to be losing its power, the political struggles begin, with dire consequences.

So should you pick this book up? I give it a hearty, “Hell Yeah!”

Not only does Hough have the good fortune of sharing my wife’s maiden name, but he spins a damn good yarn. The Darwin Elevator doesn’t pretend to be highfalutin. It knows that it’s a piece of action-packed science fiction built from the old-school mold, ala Andre Norton and Keith Laumer. Of course the tone is more modern, Jason apparently a product of the same era as me. There are references to Star Trek: TNG (there’s a watering hole named Ten Backward), likely nestled among other nerd culture references that I missed.

But no single sentiment is overdone. Hough does a fine job of balancing humor, action and wistfulness without going too far.

I must say, I was surprised that this book came in at nearly 500 pages, because it honestly felt much shorter. Kudos to Jason for doing such a fine job on putting together a thrill ride. With that being said, the only downside to such a rip roaring adventure is we kind of skim the surface on the characters. They probably could have been fleshed out a bit more, making a very good book even better, but four-out-of-five tribbles ain’t bad.

Oh man! I almost forgot to mention one of the coolest aspects of this book (and series). It’s the result of a 2008 NaNoWriMo project. That should give the rest of us hope that writing a good, publishable book is possible if we just put in the time and effort and meet our creative ideas halfway.