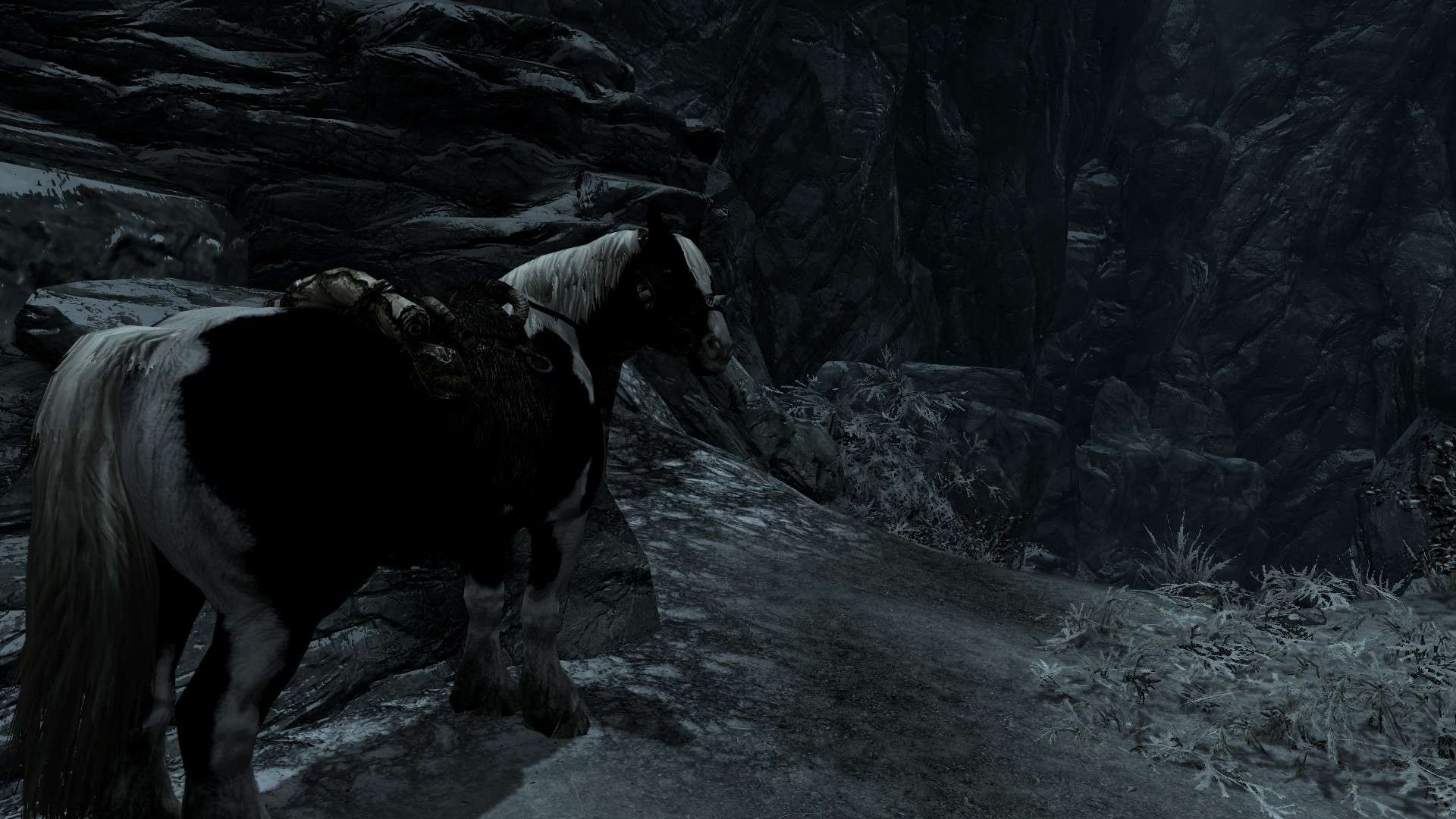 The horse disregarded her, choosing to graze on frost-covered snowberries instead. Athos had long since learned to ignore his master, but Brinda didn’t care. She had decided that his best feature was that he never talked back.

They had been settled in the same spot for several minutes while Brinda sat on an uncomfortable rock, chewing through a piece of salted mutton. Entering battle on an empty stomach wasn’t good for the constitution.

As she filled her belly, echoes of clashing metal and shouting warriors drifted through the canyon. She had been hearing them since entering the ravine. The roar of voices would ascend to a brief climax and descend into a near-silence as the soldiers grew weary. Over and over, this would repeat until an eerie silence would eventually win out.

The trail descended and weaved a few hundred yards ahead of them until it opened up into a valley. The mouth of a canyon wasn’t the wisest spot to face a prepared enemy, but the surrounding terrain left little choice. Besides, the need to get paid overruled any qualms Brinda may have.

“I know. We’re late,” she said to Athos. “But they’ve waited this long. They can wait a little while longer.”

She uncorked her goatskin and took a swig of Dragon’s Breath. Concocted by some alchemical wizard at the Nightgate Inn, it was one of the few blessings to be found in this frozen land.

“Plus, if I wanted to be punctual, I would have enlisted. I can’t very well let our employer think that a soldier of fortune is a simple bootlicker.”

Brinda took a deep breath, watching clouds of steam rise as she exhaled through her lips.

“If we make it through this one, we’ll finally take that trip south. I promise. These three years of shivering cold have been three too long, old friend.”

She looked up at Athos just as he turned his head toward her. At times, Brinda thought they had some sort of connection that only a rider and horse could have. But she always ended up deciding the clever nag memorized her manner of speech and knew when to look at her.

“Well? What do you think? Hmm? What are your thoughts on our current situation, oh noble steed?”

Athos turned his attention back to the snowberries. Brinda laughed quietly before taking another drink.

“I suppose horses don’t give two shits for war. You love to eat at your leisure and bask in the sun, seeking refuge under the shade of an elm tree when the day grows long.”

The commotion below was entering a lull. Brinda stood and corked her flask.

“I guess we’re not too different after all.”

She stepped forward and ran her hand down Athos’ mane.

“I’m sorry I had to bring you into this way of life, old friend. I don’t know why you put up with me. You must be atoning for some long ago sin.”

Brinda pulled herself into the saddle and nudged him forward.

We use cookies to ensure that we give you the best experience on our website. If you continue to use this site we will assume that you are happy with it.Ok